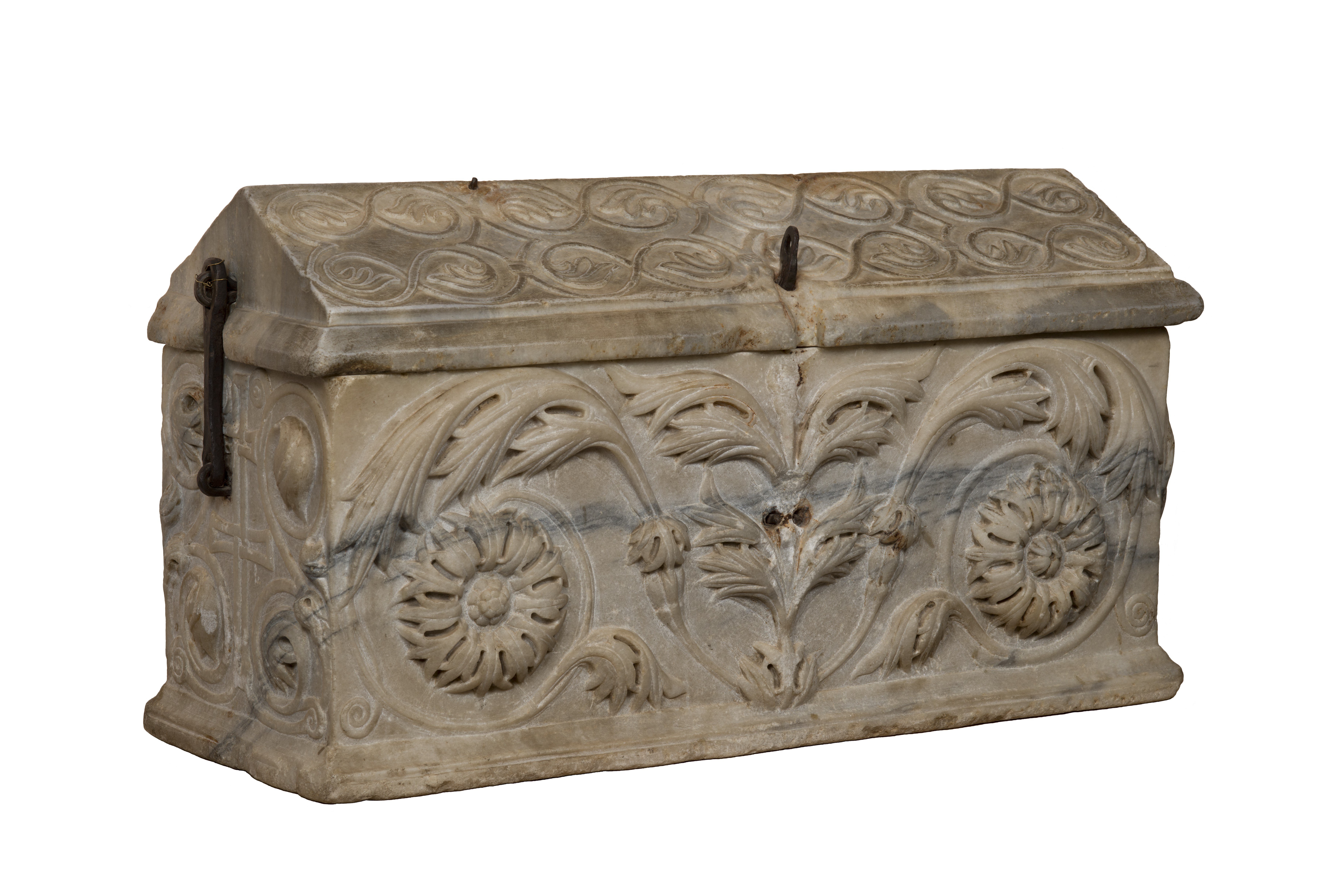 Relics are an important part of Christian ideology, and refer to objects associated with saints, Christ, or the apostles.

Relics are an important part of Christian ideology, and refer to objects associated with saints, Christ, or the apostles. This can be a part of the body or something the holy person touched or used, like clothing.

More than just a fragment of the past, relics are imbued with divine powers to heal and create miracles. They act as a link between earth and heaven, life and afterlife, and a point of contact between God and humankind. Just as believers venerate Christ and the saints for their piety and godliness, relics are venerated as treasured objects diffused with God’s goodness and grace.

Reliquaries are containers which protect the holy objects. As you can imagine, these precious relics were enshrined in elaborate reliquaries often made of precious metals and stones and are some of the most beautiful religious artworks.

Reliquaries take all different forms. They can be small and portable, or large shrines, and are often decorated with metalwork, embroidery, stones, or paintings. Sometimes reliquaries represent the actual relic inside, such as a reliquary shaped like a finger to house a saint's finger bone, or this cross, which contains a piece of Holy Wood, the cross on which Christ was crucified. The holiest are relics of Christ and the Virgin Mary, such as Mary’s veil.

Reliquary-enkolpion cross Reliquary holders decorated with scenes from the Christological cycle, as a reference to the Holy Land, were particularly popular during the early period after Iconoclasm. Such scenes from the New Testament epitomized the basic dogmatic principles of the Incarnation and Salvation; when these scenes decorated such reliquaries that were also fashioned in the form of a …

Reliquaries are often covered in narrative scenes. This cross is decorated with scenes from the Christological cycle, which was particularly popular during the early period after Iconoclasm, and focuses on themes of incarnation and salvation. In addition to the scenes, the form and contents of the reliquary are considered to further enhance the protective properties of the cross itself.

Relics of an Egyptian Saint

Relic became so important during the Middle Ages, that it was obligatory that every Christian altar contained one. The possession of a relic conferred honor and privilege on whoever possessed the object and the collection, trade, and commission of relics became prevalent throughout the Christian world. Particularly precious relics did, and still do, attract pilgrims from far and wide.

According to tradition, after her martyrdom, the body of Saint Catherine’s body was carried by angels to Mount Sinai and she became the namesake of the nearby monastery. Today, it is home to several significant relics of the revered saint. One of the most notable holy treasures is the precious and antique reliquary of Saint Catherine, which is on display in the Sacristy room of the same name. It constitutes one of the oldest surviving artifacts linked to the Saint, dating back to the second half of the 12th century. The Sinai monastic brotherhood has piously safeguarded the holy relics of the martyr for almost six centuries.

This is the oldest reliquary of Saint Catherine preserved in Sinai. It is adorned with floral motifs carved in deep relief on the two long sides.The motif is made up of floral motifs and crosses; acanthus leaves springing out of long stems that envelop rosettes containing lotus flowers. The combination of elements of both Byzantine and Western styles can only be compared to the “Crusader” group of icons preserved in the monastery of Sinai and is similar to works produced in Jerusalem in the mid-12th century.

The reliquary of Saint Catherine is first reported to be in the Katholikon, the main church, in a manuscript from1214 and Its first depiction dates to the 16th century, created by a Western pilgrim, Fra Noe Bianco. The reliquary appears to have resided permanently inside the Katholikon of the Sinai Monastery for about 600 years, until the late 18th century, when it was replaced by a new one. It is now kept in the monastery museum.

This reliquary is a small triptych and, unlike the stone reliquary above, it is richly decorated with silver gilt, gold, enamel, precious stones, and pearls, and is a valuable reliquary-encolpion.

Triptych with reliquary - enkolpion This small, silver-gilt triptych with angels engraved on the side panels contains a valuable reliquary-encolpion. The figure of Saint Catherine is carved in deep relief on agate stone, encircled in a gold border with white enamel, translucent and opaque colored enamels, precious stones, and a string of pearls. The attachment point of the suspension chain to …

In this triptych reliquary, the figure of Saint Catherine is carved in deep relief on agate stone, encircled in a gold border. The attachment point of the suspension chain to the small-sized cameo was decorated with the scene of the Holy Mandylion, as was customary in Russian encolpia. The back-side is decorated with floral motifs in low relief, painted over with enamel. Sometimes the reliquaries themselves were covered with beautifully-decorated cloth.

Εpitaphios of Saint Catherine This epitaphios (cloth icon) is embroidered on salmon-colored brocade fabric, and bears an inscription that refers to the donor who commissioned this piece in Vienna, Azarias the Protosynkellos of Sinai, as well as to other contributors such as priest Georgios, Theodora, and Cyraste, in the year 1805. The central scene includes Moses receiving the Tablets of …

The central scene of this fabric includes Moses receiving the Tablets of the Law, the transfer of the holy relics of Saint Catherine to Sinai by angels, and the reliquary of the Saint. The Ancient of Days is depicted blessing the scene from the heavens. At the foot of the mountains we find the Monastery, Moses with his flock, Saint Catherine, and the Mother of God of the Bush. The main scene is flanked by separate scenes from the life of Saint Catherine.

This piece gives one the impression of a painted, rather than embroidered work of art. Multicolored silk threads, together with gold and silver wire, bring out the full beauty of the embroidery. In the past, this item served as the epitaphios of the Saint, during procession and litany, on the Saint’s feast day. Today it is ceremoniously placed on the reliquary that contains the holy relics of the Saint.