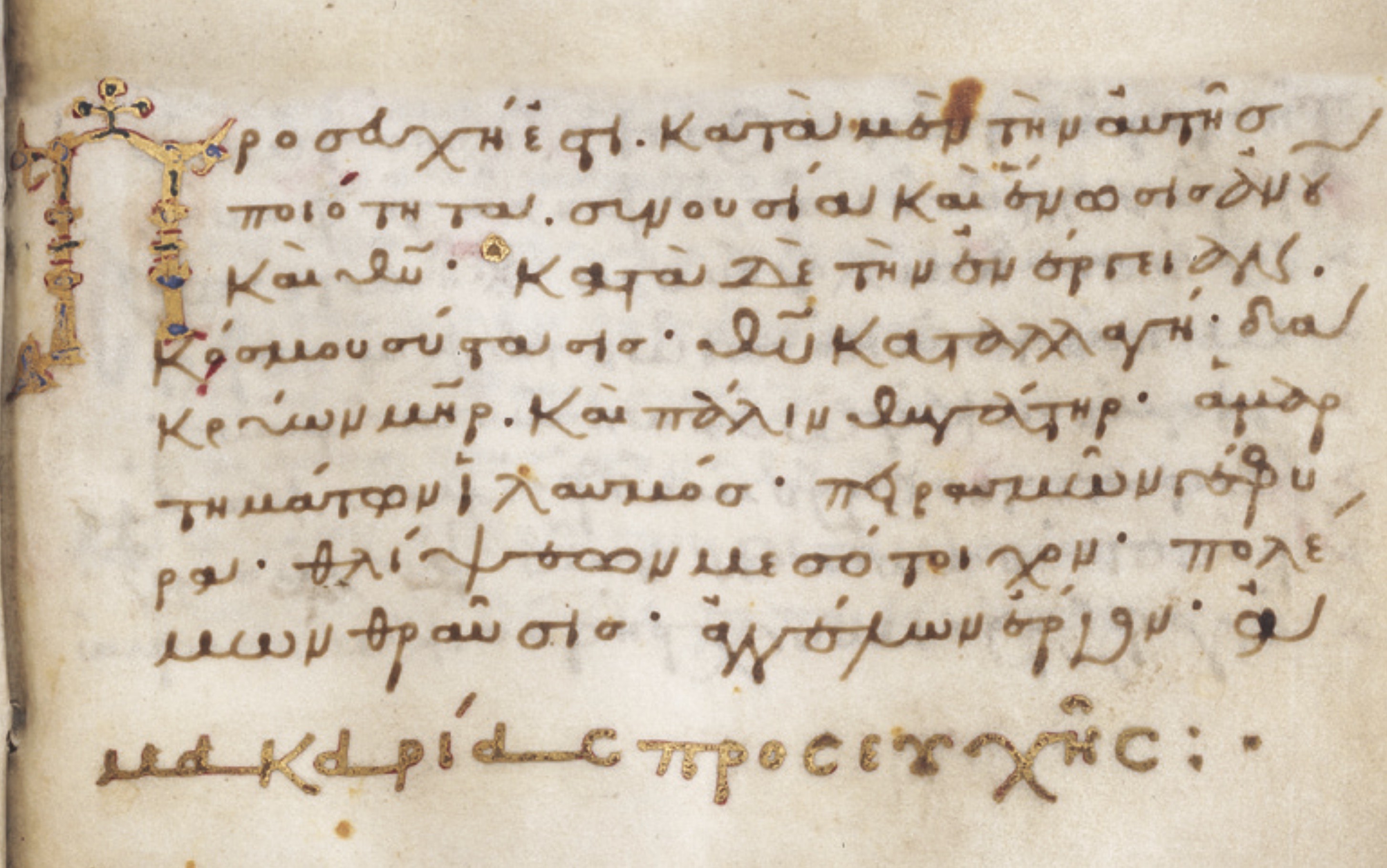 The Holy Monastery of Sinai possesses one of the oldest, continuous and important libraries in the world, containing papyri, manuscripts, printed books, and an extensive archive

The Holy Monastery of Sinai possesses one of the oldest, continuous and important libraries in the world, containing papyri, manuscripts, printed books, and an extensive archive. The individuals who retreated to the remote Sinai desert sought an ascetic Christian life on the one hand, but on the other acted as beacons of culture and education; they were men who during their limited time of rest immersed themselves in the pages of manuscripts and printed books.

The uniqueness of the manuscript library lies not so much in the impressive number of the 5.000 handwritten codices, but mainly in the variety of scripts of the manuscripts, of which those in Greek are the most numerous, and in the multitude of these very languages. We find manuscripts in Greek, Arabic, Syriac, Georgian, Slavic, some Armenian, Latin, Persian, Polish, Ethiopian, and Coptic. This multitude of languages reflects the long and eventful history of the monastery, as well as its spiritual activity in other lands, where the monastery also possessed thriving dependencies.

An important aspect of several manuscripts is their dating that sometimes reaches back to Late Antiquity. Among the Greek manuscripts one can single out the notable fourth century Codex Sinaiticus [18.2], as well as almost one hundred manuscripts written in majuscule script (eighth – eleventh century). A variety of writing styles can be found in the collection of Greek manuscripts, such that one might say that by studying only the Sinai manuscripts one is able to trace the history and development of Greek writing, from the fourth century to the invention of printing and even later. A large number of manuscripts are also notable due to their abundant illuminations.

Among the Syriac manuscripts, one must note the outstanding manuscript of the Codex Sinaiticus Syrus which contains the oldest known Syriac translation of the Holy Gospels [19.2].

Other manuscripts of note are the only Syriac translation of the Apology of Aristides, and a sixth century translation of the writings of Pseudo-Dionysius the Areopagite. Another important collection is that of the Georgian manuscripts, whose works date back to the first period of Georgian literature (ninth cen- tury) [20.2].

The collection of eighty Slavic manuscripts is also valuable. This collection preserves part of the early Slavic Literature of the tenth – eleventh century up to the late-Byzantine period. Several of these works were written in the Glagolitic script created by the brothers Cyril and Methodius to transcribe the Holy Scriptures in the Slavic language [20.4].

Papyrus scrolls – one hundred twenty five parts and twenty two fragments – also serve to preserve important texts. The Library of Sinai is listed among the most important libraries containing papyrus scrolls collections. Several of these scrolls date back to the sixth century. It appears that since the eleventh century at least, if not earlier, there was a scriptorium in the monastery for the copying of manuscripts, and not only those written in Greek.

The Sinai manuscripts preserve the names of famous authors who worked not only in Sinai, but also other areas, such as South Italy, Sicily, Bethlehem, Jerusalem, Damascus, Trebizond, etc. Despite the various raids and devastation, the library retains a large part of its invaluable treasures, namely its manuscripts as a token of Hellenism, Orthodoxy, and culture in general. The Monastery Library has a rich archive that contains references to catalogued codices, loose documents, letters, etc, from the Monastery, its dependencies, and the rulers of several countries, in various languages. The documents in Greek date from the fifteenth century onwards, and contain valuable information on the history of the monastery, the surrounding region, and religious matters in general.

The archive of documents in Arabic script, whether Arab or Turkish, is equally rich. These are documents granting privileges and protection to the monastery, its monks, and the safe travel for pilgrims. Here, one also finds numerous copies, inscribed in various time periods, of the Ahdname, that is the first document protecting the Monastery issued by prophet Mohammad himself [29.1, 29.2].

Letter/Affidavit by K. Tischendorf on September 16th / 28th 1859 promising to return the Codex Sinaiticus to the monastery of Sinai On September 16th 1859, the eminent German Biblical …

Inscribed cross with Christ and the Mother of God Medium sized metal cross, with a small protrusion …

Euchologion The tenth century manuscript is Slavic. It is …

Basket for the storage of scrolls This basket is made of vertical, wooden battens …

Psalms A psalter that had been the only manuscript …

Codex Sinaiticus Syrus, or Codex Syriacus 30 The first writing of the codex was executed …