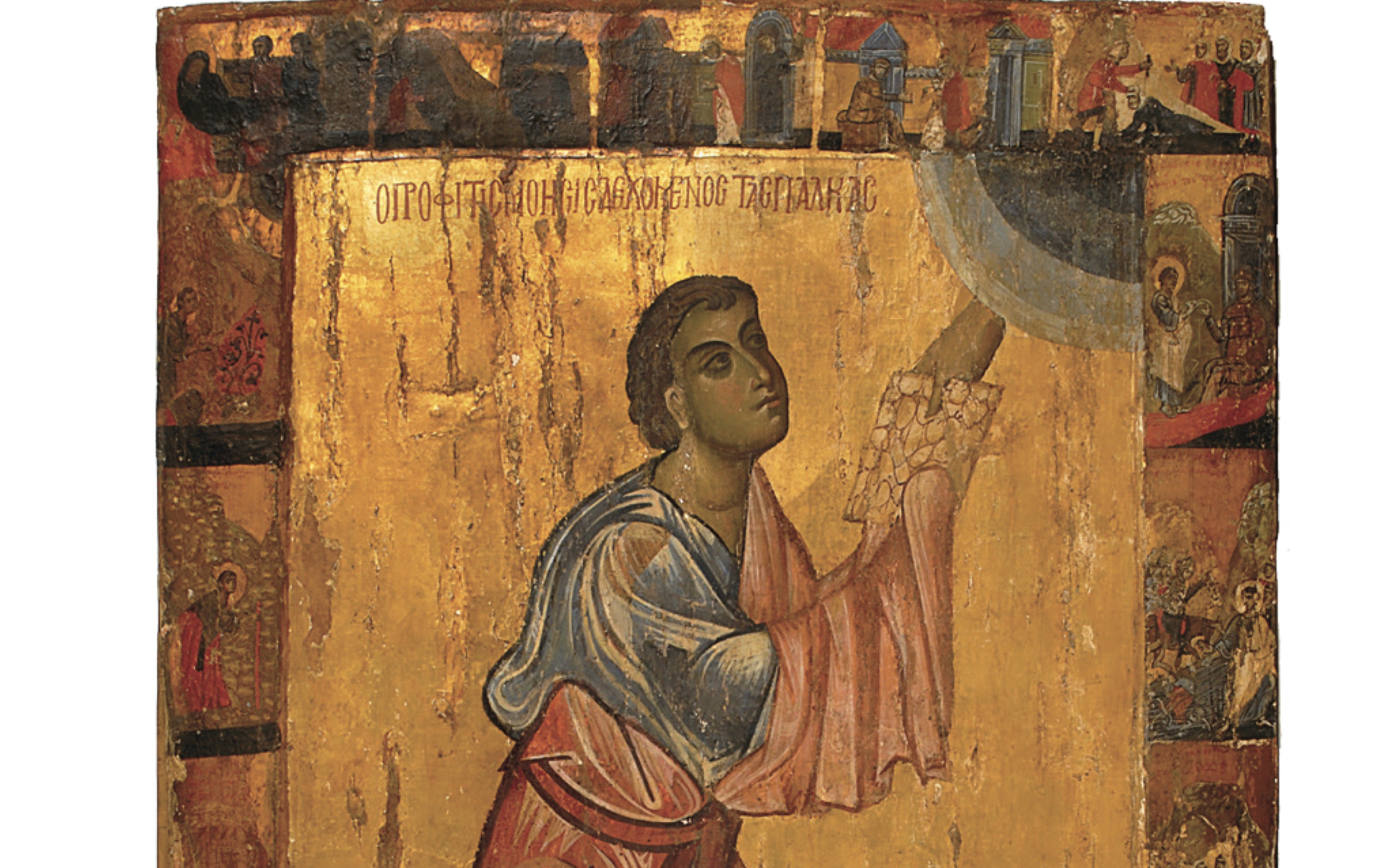 Icons, Tributes of Faith and Reverence

The monastery of Sinai holds the largest collection of Byzantine icons in the world, some of which date from as early as the sixth century. Worthy of note is a group of eight small scale portraits that have been depicted on certain icons or panels in Sinai that occasionally reveal the prestigious status of the monastery at that time.

The portraits usually depict either abbots or monks of the monastery of Sinai, probably some of the most important persons at that time.

Worthy of mention is the small scale icon that bears the portrait of the monk Peter, which was probably intended for private devotion. It is dated to the end of the twelfth or the beginning of the thirteenth century and depicts the Burning Bush and the Prophet Moses receiving the Law. Finally, on a hitherto unpublished panel from the monastery of Sinai that depicts Moses receiving the Law, another layman-donor is represented. The clothing of the donor’s figure strongly resembles the garments of a figure included in the Arabic manuscript De materia medica in Istanbul, dated to the 1230s. It probably indicates a donor of Arab origin as well.

Moreover, in Sinai there is another royal panel that follows the Byzantine iconography of that time, depicting Saint George along with a Georgian king, who according to the Greek inscription is Pagrutianos, the pious king of the entire East, who has been identified as the Georgian King Davit IV. This icon illustrates the royal tribute of the powerful king of distant Georgia to the monastery of Sinai which, although it was in such absolute remoteness, yet it had strong links to worldwide Orthodoxy, at least at that time.

Also noteworthy is the figure of a donor, a Christian of Arab origin, painted on the second icon of the pair of thirteenth century panels depicting the Prophet Moses receiving the Law, and Moses before the Burning Bush.

Apart from the conscious pictorial choices of the donors towards their own patron saints, this group of icons reflects how prominent members of the brotherhood of the monasteries of Sinai and Raithou used to venerate the patron saints of Sinai (the Mother of God, the Prophet Moses, Saint Catherine, etc.).

All the above mentioned icons reveal that donors dedicated them to the Monastery of Sinai due to their deep faith and great reverence to the site and its patron saints. The donors were monks of Greek, Arab or Georgian origin, or even Crusader pilgrims, as numerous western- style icons show.