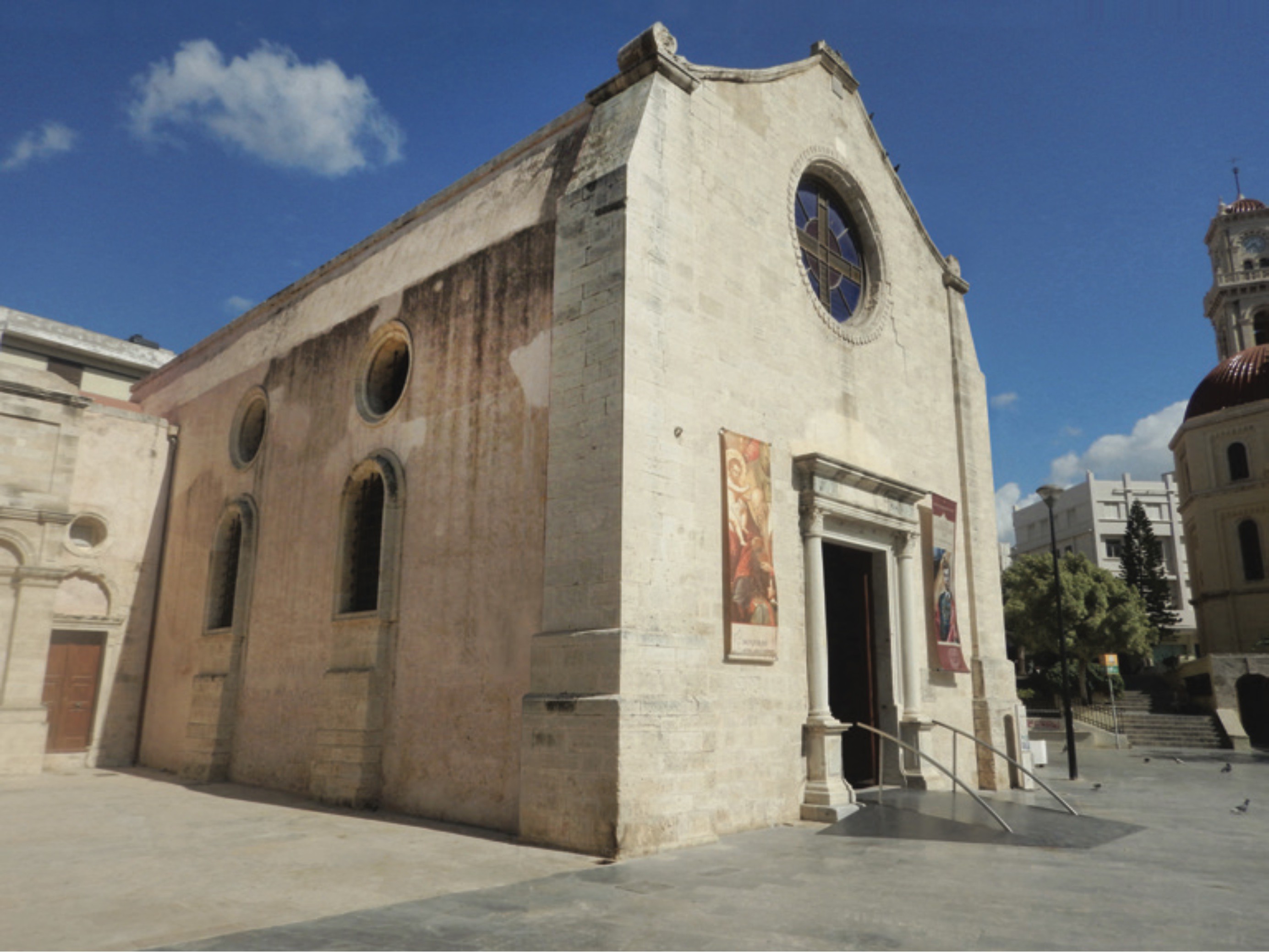 The Dependencies of the Monastery of Sinai

Scattered around the world, they have supported monastic life and tradition.

Crete, Heraklion. The church of Saint Catherine “of the Fathers of Sinai”, sixteenth century (;). PK

During the early Byzantine rule of Egypt, the short period beginning in the 550s and roughly ending in the 630s had undoubtedly been the golden era of Sinai monasticism and semi-heremitism. During that period both Byzantine emperors and their administrative representatives in Egypt had been caring for the sustenance of the fathers of Sinai. Both monks and hermits were feeling free of external hindrances and attacks and were thus able to maintain small vegetable gardens and orchards close to their monasteries and hermitages.

As the number of Muslims in Egypt became more prevalent, the monks abandoned the deserts of Sinai and retreated to the church and the fortress of the monastery which had been erected by the Emperor Justinian (527-565 A.D.) almost a century earlier.

In order to meet the difficulties caused by incursions during the following years, the Archbishop along with the fathers of Sinai decided to seek new sources of sustenance beyond the Sinai Peninsula. Thus, they appealed to the generosity of Christians around the world, who gladly extended their help to Sinai. Hence, the socalled zities (“petitions”) were established; these resulted in the foundation of the first institutions, most of which grew to become the dependencies of the monastery of Sinai. Apart from immediate alms and benefactions, many Christians around the East and Europe also offered part of their landed property, either out of reverence towards Sinai, or sometimes in order to spare it from being confiscated by the conquerors. According to the Achdname of the Prophet of Islam Muhammad, a rightful treaty that was ratified, according to tradition, by Muhammad himself, Sinai was exempted from all taxation and state intervention. In full alignment with that issue, some entire monasteries in Greece chose to place themselves under the jurisdiction of the monastery of Sinai. The Andromonastiro, that is, the Monastery of Andronicos, near Kalamata, and the Monastery of Taxiarches, near Epidaurus, are examples of such dedications.

Moreover, emperors of Russia and Georgia, as well as princes from the Principalities of Mol- davia and Wallachia, donated entire villages and monasteries with extensive land holdings, as in the case of the Sinaia Monastery and its environs in modern-day Romania. However, by donations to Sinai both through will or deed, or other acquisitions by the monks of Sinai themselves when traveling abroad, the collection of the dependencies of the monastery was created which, by the late nineteenth century, numbered over one hundred. The fathers of Sinai arranged for the most important dependencies to receive patriarchal sigillia (“seals”), granting them the status of Stavropegic autonomy, as in the case of the seventeenth century dependency of Sinai in Constantinople for which the Ecumenical Patriarch Dionysios issued a sigillio.

The oldest known dependency of the monastery of Sinai is believed to be the one found in Juvania, a district of old Cairo, founded in the tenth or eleventh century, that is, soon after the establishment of the Fatimid dynasty in Egypt. It was followed by the creation of a dependency established around the year 1033 in Trier, at that time within the border of France, by the monk Symeon of Sinai, known as Pentaglossos, since he spoke five languages. The establishment of the famous dependency of Saint Catherine of the monks of Sinai in Candia (today’s Heraklion) in Crete followed, whose estate was officially acknowledged by the Venetian rulers of Crete in 1212.

Around the same time, Pope Honorius III, in a decree dated to the year 1217, officially acknowledged the landed property of the monastery of Sinai in Egypt, Palestine, Syria, Cyprus, Crete, and Constantinople. Still, the core group of the dependencies of Sinai was formed later, during the eighteenth and nineteenth centuries, not just within the confines of the Ottoman Empire, but also beyond it, in Russia, the Caucasus, and all the way to distant India.

Today, the image of the dependencies of the monastery of Sinai in terms of number and function has completely changed. A small percentage of them remain under the control of the monastery, and few of them still have a monk of Sinai as keeper or custodian. The terrible blight of the dearth of new monks, which has afflicted the desert of Sinai for years, has affected at large both the Holy Monastery of Sinai and the world- wide presence and activity of Sinai that existed until the middle of the twentieth century through its numerous dependencies. MD