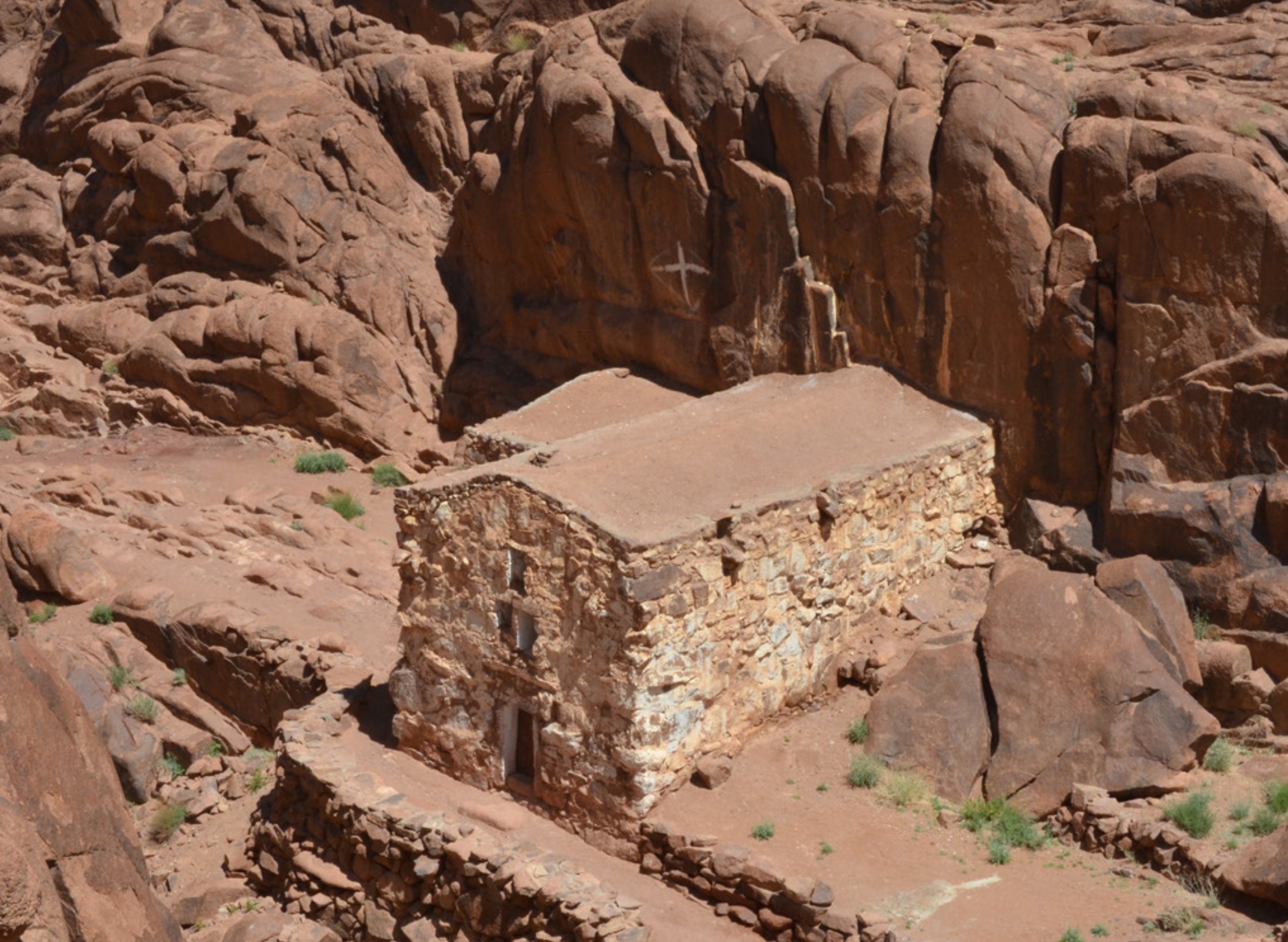 Miracle of the Mother of God the Guarantor or Oikonomissa

The miracle of the Virgin Mary at the time when the fathers, after an extended food shortage, had decided to leave their monastery.

The chapel of the Mother of God Oikonomissa, on the stepped path leading from the Monastery of Sinai to the plateau of the Prophet Elijah, thirteenth century. Michael Koufopoulos

Nectarios of Jerusalem recorded a miracle of the Virgin Mary to the fathers of the monastery of Sinai, in his work Epitomē, where he assumed that the city of Gaza had once been a station of caravans providing food to the monastery.

Once, due to riots, the caravan routes to Sinai were again closed, creating an extended food shortage in the monastery, then known as that of the Most Holy Mother of God, which in addition experienced a frightening invasion of fleas. The Fathers, from their concern and distress, made a decision to close the monastery and temporarily move elsewhere, until the world would return to peace and the road would open for a caravan to arrive. They all went with sorrow and tears to worship and perform the Divine Liturgy at the Holy Summit having in mind to then leave the Monastery. W

hen the Fathers had arrived at the Holy Summit, the Oikonomos of the Monastery, who followed behind them at some distance, had just ascended the first stage of the constructed steps, a mile from the monastery and at an altitude slightly lower than that of the plateau of Prophet Elijah. It was then that the Virgin Mary appeared at the same time to the Fathers and to the Oikonomos. She was clothed like the native women of Sinai and advised them in Arabic to return to the Monastery, after the Liturgy at the Holy Summit, where a caravan of food was expected to arrive.

The Fathers did not realize the miracle even when, to their amazement, they saw a caravan arriving at the Monastery. It was generally acknowledged that the leaders of the caravan were a Lady with an old Commissioner who had loaded the supplies for the Fathers’ charity. In fact, they had both accompanied the caravan to worship at the holy places of Sinai, and immediately entered the monastery. However, when the porter of the Monastery assured the Fathers that no one had entered the Monastery, the Fathers recognized the miracle, and praised Almighty God, his Immaculate (Panachrantos) Mother and the Prophet Moses. Since then, fleas have disappeared not only from the Monastery but also from all the surroundings of the Holy Mount Sinai.

Below the Holy Summit, at the point of the appearance of the Virgin Mary, the Fathers formed a recess on the rock eastwards and placed inside a small icon of the Virgin Mary. At the similar point of the miracle near the Prophet Elijah, the Oikonomos laboriously erected a small one-room vaulted chapel of the Virgin Mary that is preserved to our days. The oldest known reference to this chapel comes from the thirteenth century. The architectural plan and the indication of a prevailing Arabic speaking brotherhood make this dating possible.

In the coming years the chapel was referred to as Panagia Guarantor or as Our Lady of the Oikonomos too, as she is known today. Similar miracles are by tradition recorded at Mount Athos to the founder of Great Lavra, Saint Athanasios the Athonite.