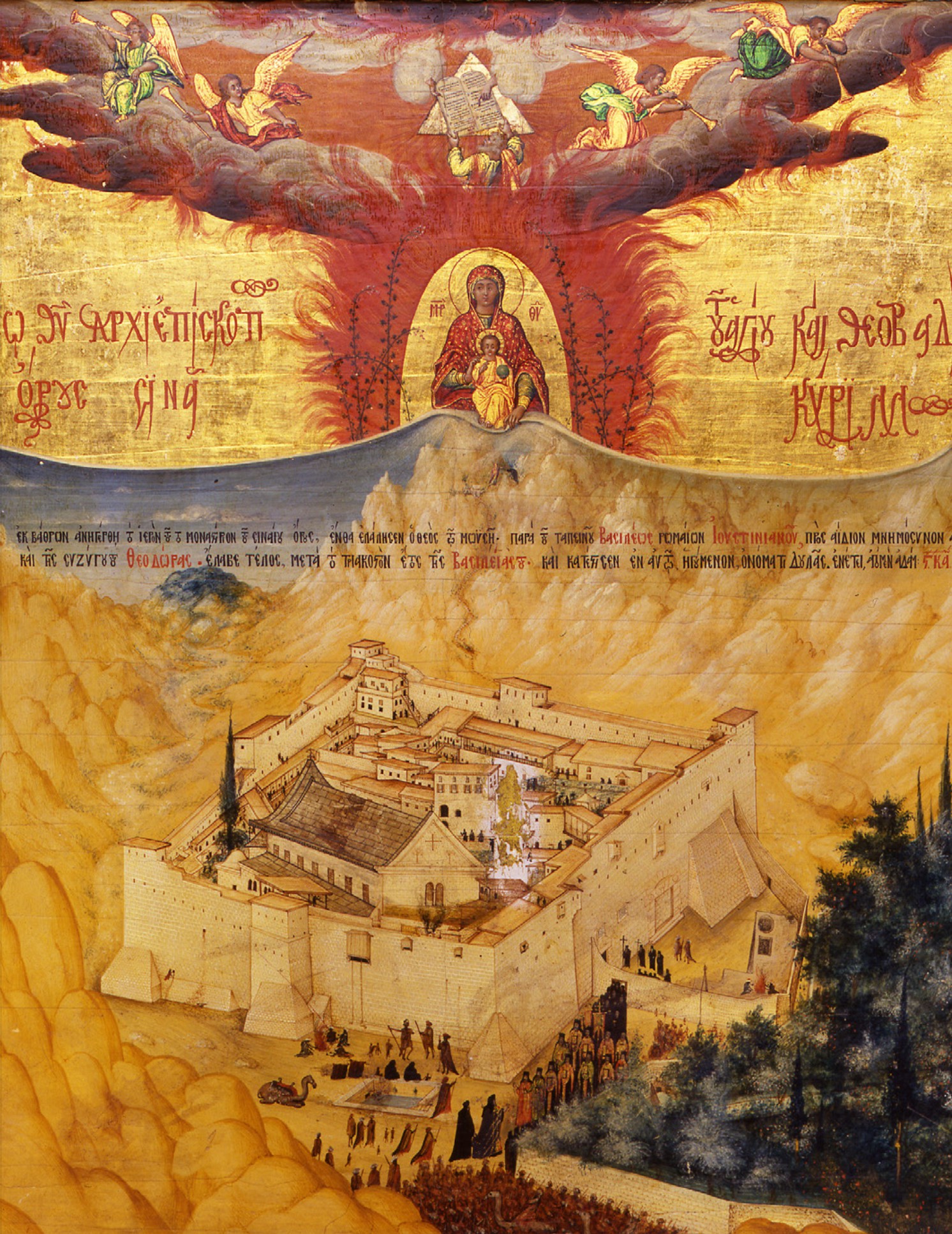 The History of Sinai through Pilgrim and Traveller Accounts

Many pilgrim accounts concerning the Sinai have been preserved, and these are of the greatest importance in reconstructing the history of the area.

Ever since Egeria’s narrative of her 383/4 pilgrimage to Sinai, accounts of pious visitors to the God-trodden mountain have preserved a vast reserve of information, mostly accurate, sometimes enjoyably (or infuriatingly) spurious but always indicative of authorial preoccupations.

Accounts from the Early Christian and Early Islamic periods (fourth to early seventh and early seventh to tenth centuries respectively) reveal the immutable specificity with which biblical sites had been identified with actual places around the Sinai landscape, a specificity testifying to an anchoretic life and associated oral and written traditions of unfailing constancy; instead of shifting from landmark to landmark, these identifications persist to this day largely unchanged. Hallowed places were connected by paths arranged into prescribed rituals of visitation, rituals moulded onto the landscape but also onto the biblical text.

Pilgrim narratives also shed light onto the historical destinies of Sinai anchorites, from the early years of persecution in the hands of hostile governments or bellicose populations to the heyday of imperial patronage in the sixth century; and from the uncertainties of the early caliphate to the return of pilgrimage traffic – and security – in the early Middle Ages. During the eleventh, twelfth and early thirteenth centuries, political vicissitudes, like the arrival of the Crusaders in Palestine, the clashes between rivalling factions within the Fatimid, Ayyubid and Mamluk governments of Egypt and the occasional onslaught on monastic fortunes, impacted Sinaitic life.

The Holy Bush. On the upper part we find a depiction of God in the clouds, surrounded by six full-figure angles, two of which receive the tablets of the Law in order to hand them to Moses who is kneeling on the summit. The Sinai landscape, including all three summits, is depicted on the lower part. The full-body figure …. View item.

Meanwhile, the character of monastic experience crystallised within the walls of the fortress dedicated to Saint Catherine, the virgin saint from Alexandria. This monastic experience is described in accounts of pilgrims from all over Christendom during the two-and-a-half centuries of Mamluk rule, few of them as prolific as the Swiss friar Felix Fabri, who visited in September 1483; his wide interests paint the picture of a cosmopolitan community of monks welcoming a constant traffic of pious travellers from across the Christian world.

The early modern period, beginning with the annexation of Sinai into the Ottoman Empire in 1517, witnessed the standardisation of pilgrimage narratives on the one hand, probably through printing, and the critical approach of learned travellers on the other. Detailed maps were drawn, information on the nature and history of Sinai was amassed and the medium of photography was deployed to record as faithfully as possible the landscape and material culture of this supreme biblical site. By the early twentieth century such rigour would become irrelevant thanks to advances in biblical studies, new scholarly foci, and a renewed appreciation of the importance of pilgrimage. However, a major debt is owed by modern researchers to the anchoretic tradition as well as the pilgrim and traveller accounts, which have bequeathed us with a mine of first-hand information through which the history of the place can be brought to life.